This is the spirit of the antichrist, which you have heard is coming and even now is already in the world. 1John 4:3


he causeth all, both small and great, rich and poor, free and bond, to receive a mark in their right hand or in their foreheads; And that no man might buy or sell, save he that had the mark, or the name of the beast, or the number of his name.  Here is wisdom. Let him that hath understanding count the number of the beast: for it is the number of a man; and his number is Six hundred threescore and six.  Revelation 13:14-18 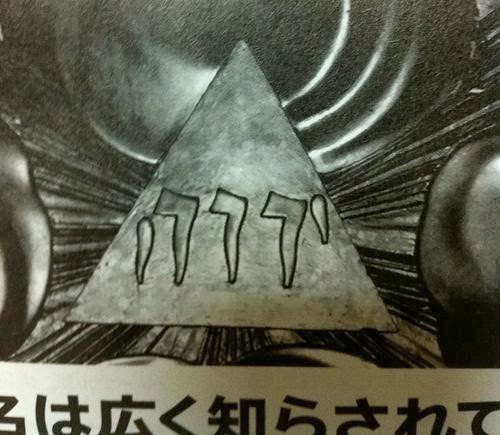 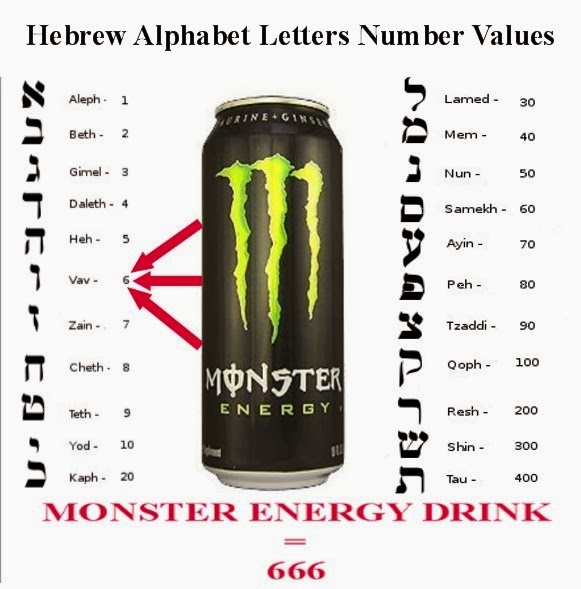 Note that the word translated “beast” in Revelation is from the Greek word Therion meaning “wild animal” and often associated with a rending, tearing creature and can also be translated as “monster”.
Monster’s motto is even “Unleash the Beast!” 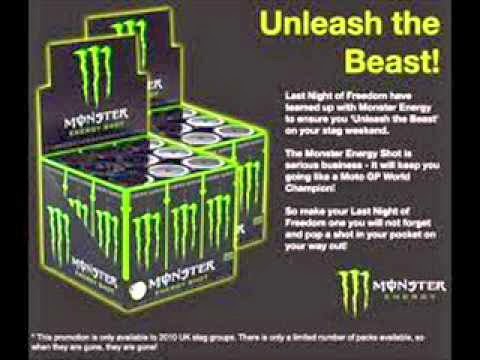 You can even wear this logo on your hand and forehead. 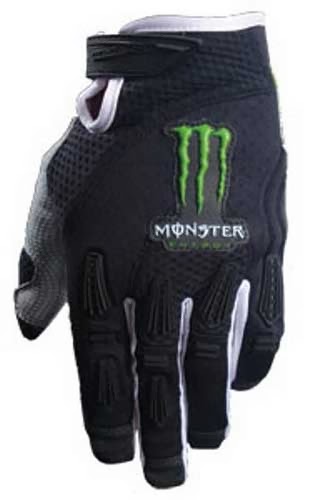 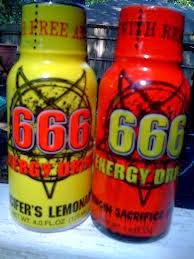 This all serves to communicate idea that you can gain “energy” from taking on and internalizing the beast and his mark.  It also mocks scripture and popularizes the mark, making it something to be desired to make one “cool”.

Instead of drinking in the vain spirit of the antichrist, we need to take in and internalize the true Living Water and Bread of Life.