Therefore, I tell you and insist on in the Lord not to live any longer like the gentiles live, thinking worthless thoughts.

They [gentiles that think worthless thoughts] are darkened in their understanding and separated from the life of God because of their ignorance and hardness of heart.

Since they have lost all sense of shame [desensitized], they have abandoned themselves to sensuality and practice every kind of sexual perversion without restraint.

However, that is not the way you came to know the Messiah.

Surely you have listened to him and have been taught by him, since truth is in Jesus. Regarding your former way of life, you were taught to strip off your old nature, which is being ruined by its deceptive desires, to be renewed in your mental attitude, and to clothe yourselves with the new nature, which was created according to God’s image in righteousness and true holiness. 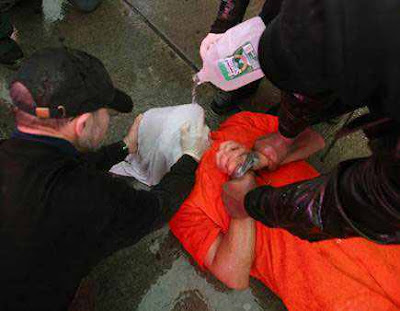 We have the Fifth Amendment for a reason…

Historically, the legal protection against self-incrimination was directly related to the question of torture for extracting information and confessions

When a sincere person who is honestly misled is confronted with the truth, they will either cease to be misled or they will cease to be honest.

2 Tim 3:1-9
But realize this, that in the last days difficult times will come.

For men will be lovers of self, lovers of money, boastful, arrogant, revilers, disobedient to parents, ungrateful, unholy, unloving, irreconcilable, malicious gossips, without self-control, brutal, haters of good, treacherous, reckless, conceited, lovers of pleasure rather than lovers of God, holding to a form of godliness, although they have denied its power;

Avoid such men as these.

For among them are those who enter into households and captivate weak women weighed down with sins, led on by various impulses, always learning and never able to come to the knowledge of the truth.

Just as Jannes and Jambres opposed Moses, so these men also oppose the truth, men of depraved mind, rejected in regard to the faith. But they will not make further progress; for their folly will be obvious to all, just as Jannes’s and Jambres’s folly was also.

Rev 9:20-21 And the rest of the men which were not killed by these plagues yet repented not of the works of their hands, that they should not worship devils, and idols of gold, and silver, and brass, and stone, and of wood: which neither can see, nor hear, nor walk: 21 neither repented they of their murders, nor of their sorceries, nor of their fornication, nor of their thefts.

As the torment of the hordes of devils begins (9:13-19), the lost will have opportunity to fall on their knees and to beg God for relief and salvation.  But even with a third of mankind slain before their eyes (v. 15), they will harden their hearts, refusing to repent of their sins.  They will refuse to stop worshiping devils and idols (v. 20), and they will not repent of their murders, acts of sorcery, immorality, and thievery (v. 21).  (All references from Revelation)

Surely the Lord God will do nothing,
but he revealeth his secret unto his servants the prophets.

Proverbs 6:16-19
These six [things] doth the LORD hate: yea, seven [are] an abomination unto him:

A proud look,
a lying tongue,
and hands that shed innocent blood,
An heart that deviseth wicked imaginations,
feet that be swift in running to mischief,
A false witness [that] speaketh lies,
and he that soweth discord among brethren.

1 Timothy 5:8 – But if any provide not for his own, and specially for those of his own house, he hath denied the faith, and is worse than an infidel.

1 Peter 4:3 – For the time past of [our] life may suffice us to have wrought the will of the Gentiles, when we walked in lasciviousness, lusts, excess of wine, revellings, banquetings, and abominable idolatries

Proverbs 18:9 – He also that is slothful in his work is brother to him that is a great waster.

Ezekiel 16:49 – Behold, this was the iniquity of thy sister Sodom, pride, fulness of bread, and abundance of idleness was in her and in her daughters, neither did she strengthen the hand of the poor and needy.

Romans 1:21 – Because that, when they knew God, they glorified [him] not as God, neither were thankful; but became vain in their imaginations, and their foolish heart was darkened.

John 6:12
When they were filled, He said to His disciples, “Gather up the leftover fragments so that nothing will be lost.”

Luke 15:13
And not many days later, the younger son gathered everything together and went on a journey into a distant country, and there he squandered his estate with loose living.

We should never boast of ourselves, and it is not wise to compare ourselves amongst ourselves.

God has given each of us a measure of gifts, abilities, talents, and opportunities.

Success is measured not how we show off our talents, but by whether or not we make use of what God has given us in His service.