The eye of horus is an occult symbol.
Here we see the eye in a Catholic New American “Bible” 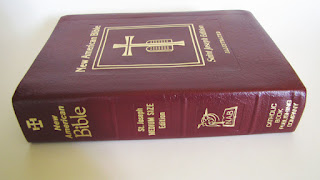 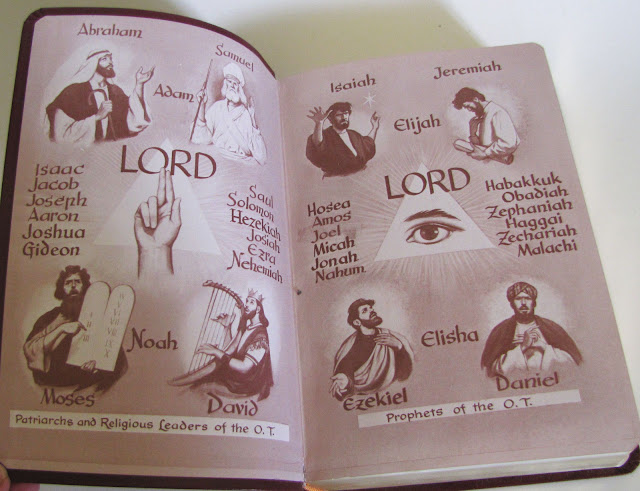 And I beheld another beast coming up out of the earth; and he had two horns like a lamb, and he spake as a dragon.

And he exerciseth all the power of the first beast before him, and causeth the earth and them which dwell therein to worship the first beast, whose deadly wound was healed.

And he doeth great wonders, so that he maketh fire come down from heaven on the earth in the sight of men,

And he causeth all, both small and great, rich and poor, free and bond, to receive a mark in their right hand, or in their foreheads:

and that no man might buy or sell, save he that had the mark, or the name of the beast, or the number of his name.

Here is wisdom. Let him that hath understanding count the number of the beast: for it is the number of a man; and his number is Six hundred threescore and six.

For thou art great, and doest wondrous things:
thou art God alone.

Teach me thy way, O Lord; I will walk in thy truth:
unite my heart to fear thy name.

I will praise thee, O Lord my God, with all my heart:
and I will glorify thy name for evermore.

1 Peter 1:24-25 For all flesh is as grass, and all the glory of man as the flower of grass. The grass withereth, and the flower thereof falleth away: but the word of the Lord endureth for ever. And this is the word which by the gospel is preached unto you.

Matt 6:30 Wherefore, if God so clothe the grass of the field, which to day is, and to morrow is cast into the oven, shall he not much more clothe you, O ye of little faith?

Rom 10:17 So then faith cometh by hearing, and hearing by the word of God.

Heb 11:3 Through faith we understand that the worlds were framed by the word of God, so that things which are seen were not made of things which do appear.

Woe be unto the pastors that destroy and scatter the sheep of my pasture! saith the Lord. Jeremiah 23:1

Daniel 10:13 But the prince of the kingdom of Persia withstood me [Gabriel] one and twenty days: but, lo, Michael, one of the chief princes, came to help me; and I remained there with the kings of Persia.

Gabriel is also the angel that gave the message to Zacharias concerning the conception of John the Baptist.

Luke 1:19 And the angel answering said unto him, I am Gabriel, that stand in the presence of God; and am sent to speak unto thee, and to shew thee these glad tidings.

Luke 1:26 And in the sixth month the angel Gabriel was sent from God unto a city of Galilee, named Nazareth,

We also see that Michael is an archangel and that it was Michael who contended with the devil over the body of Moses (which God Himself buried in Deut 34:5-6).

Jude 1:9 Yet Michael the archangel, when contending with the devil he disputed about the body of Moses, durst not bring against him a railing accusation, but said, The Lord rebuke thee.

On a side note, in saying “The Lord rebuke thee” Michael follows the same example of Jesus in the account in Zecharia 3:1-2 where Satan is the accuser (Rev 12:10) and Jesus is our advocate (1 John 2:1).

We also see Michael leading his angels in battle against the dragon and his fallen angels.

Get fellowship – gather with other believers (Heb 10:5)

Get fruitful – abide in the True Vine and be a branch that bears fruit (John 15:1-5) 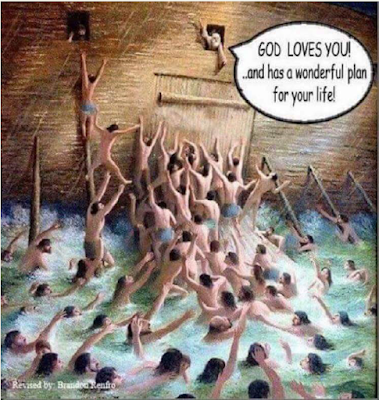