Skip to content
Exodus 20:3-4 – Thou shalt have no other gods before me.  Thou shalt not make unto thee any graven image, or any likeness of any thing that is in heaven above, or that is in the earth beneath, or that is in the water under the earth:
Acts 17:29 – Forasmuch then as we are the offspring of God, we ought not to think that the Godhead is like unto gold, or silver, or stone, graven by art and man’s device.
Yet, when the New King James Version New Testament was released in 1979, it had the triquetra prominently displayed.  The “red and yellow kill a fellow” colors should have been warning enough. 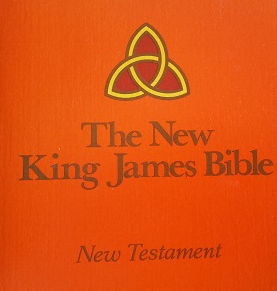 Then in a later printing, they added an explanation of what they wanted purchasers to think it represented.

The New [Age] King James says that it uses the triquetra to symbolize the trinity.  Clearly they have not even read their own text, as Acts 17:29 clearly says not to think that the Godhead is like any art or man’s device.
There is an un-holy trinity that IS represented by the triquetra… 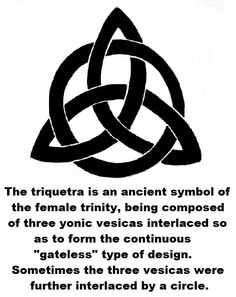 Embedded in the triquetra are 666…

the triquetra is a prominent new age symbol

the triquetra is a prominent symbol in witchcraft (wicca) 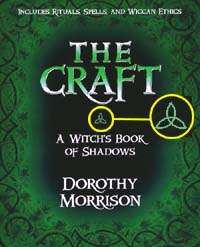 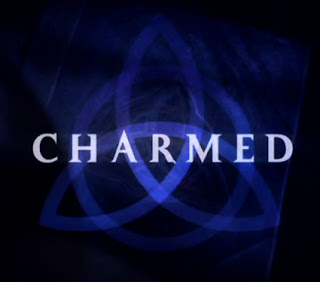 The triquetra is also used in occult societies such as the Masons.  The Masonic three-three-three ceremony.  Seen from above, the three men holding hands form a triquetra as represented in the serpent symbology… 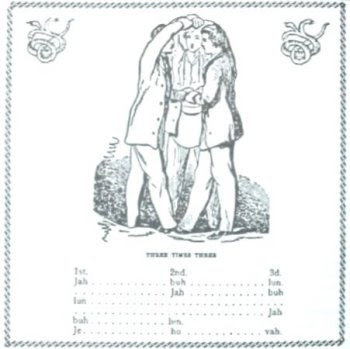 and why does James R. White champion the triquetra and imply it’s symbolizing the Godhead clearly contrary to Acts 17:29 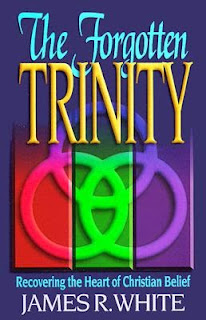 Here is the triquetra yet again, in agreement with the New King James Version, White includes the triquetra in the page next the the “Forward” the first edition of his anti-preserved scripture book 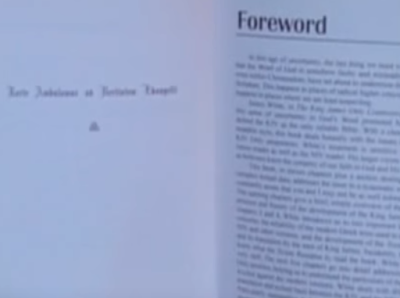 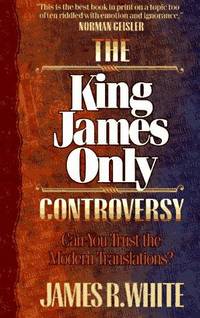 This line of reasoning is based on a not just observations, but also a large number of presumptions – some of which are incorrect…

The speed of light being constant – false, observations indicate that it was faster in the past. Experiments have also been conducted that have slowed and/or bent light.

Time is rigid – false, rate of passage of time is impacted by gravity and the speed at which an object is traveling

Naturalism – assumption that nature is “all there is” and everything can be explained using natural laws.  Being that there are supernatural, spiritual, and multi-dimensional components to reality, then we can expect existence of phenomena that defies our ability to explain based on our current understanding of natural laws.

The fact of the matter is that even “big bang” supporters have a distant starlight time-travel problem of its own and there is yet a satisfactory model to explain observations.

Light-travel time: a problem for the big bang
http://creation.com/light-travel-time-a-problem-for-the-big-bang


Does Distant Starlight Prove the Universe Is Old?

Starlight and the Age of the Universe
http://www.icr.org/article/starlight-age-universe/

Distant Starlight and the Age of the Earth
http://www.icr.org/radio/248

There will thus be the Spiritual Cabinet of twelve whose rightful head would be none other than “Christ” himself. . . .

He whom the Christians know as Christ, the Jews know as Messiah, and the Orient knows as Maitreya, Islam knows as the Mahdi or 12th Imam, may eventually be recognized as one and the same Being.

In this way could a “World Religion” develop quite naturally, and in harmony with a World Government. 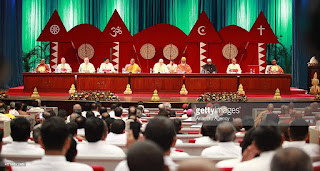 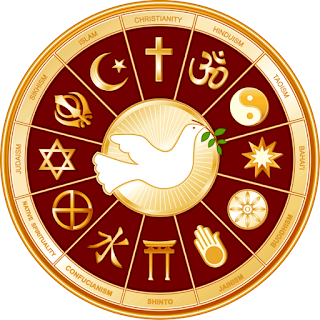 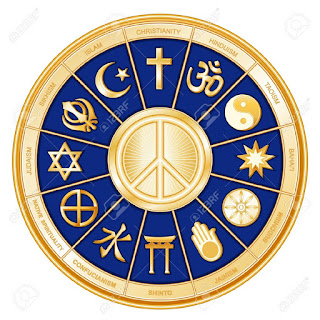 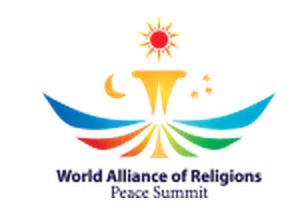 Rev 13:16 KJB – And he causeth all, both small and great, rich and poor, free and bond, to receive a mark in their right hand, or in their foreheads:

Compare the other translations at this link:
http://biblehub.com/revelation/13-16.htm

Rev 13:16 ESV – Also it causes all, both small and great, both rich and poor, both free and slave, to be marked on the right hand or the forehead,

You will find most all of the modern translation say the the mark will be “ON” the right hand and forehead.

One possibility to consider is that the mark may not be some form of tattoo, barcode, or device placed ON the hand or forehead.  Could these modern, new-age, one-world so-called bibles be preparing people for a mark that would instead be IN their hand or forehead?

Since they are expecting something to be “on” their hand or forehead, would they be willing to accept an implanted device, injected serum, or something that changes DNA?