This can seem confusing and contradictory, but is really a play on words.  When you consider the following verses defining what a fool is, it unlocks the meaning:

The fear of the LORD is the beginning of wisdom:
and the knowledge of the holy is understanding.
Prov 9:10

The fool hath said in his heart, There is no God.
They are corrupt, they have done abominable works,
there is none that doeth good.
Psalm 14:1

The beginning of wisdom, or the starting point of any reasoning, is the reverence of God.

Someone who doesn’t reverence God, has the wrong starting point.  No matter eloquent an argument they might make, they will never reach the right conclusion because their starting point was wrong.   This is why they are a fool who say there is no God, and why any arguments they make are a folly.

Man’s wisdom is limited and faulty, and any reasoning that does not have God and God’s word as a starting point (a biblical worldview) is self deluded conceit and will always go awry.

If you let a fool set the rules for the debate, such as “you can’t use scripture to support your argument”, you have already lost the debate and you are only joining the fool in his folly.

Instead of joining the fool in their folly, we need use God’s word to expose the conceit of the fool embedded within their folly.

For example, if you get into a debate on “why sodomy is wrong”, and you allow the fool to set the terms of the debate, the fool will always have some “exception” to every argument you throw at him.  For example if you try to say that it is abusive for sodomites to adopt children, then they will pull out examples of very nice, respectable, peaceable, and “moral” sodomites who have raised perfectly normal children (they will of course refuse to acknowledge any and all examples to the contrary).

While sodomy is indeed harmful to families, children, health, and society these things will not do anything to change anyone’s hearts or position.

Instead of trying to explain why sodomy is wrong using man’s limited wisdom, we need to stand on the truth and use God’s word to answer the fool — that sodomy is wrong because God has said it is wrong.  This reveals the conceit in the fool’s folly, that the fool thinks he doesn’t need God to know right from wrong.

Matter of fact, Jesus did not hesitate to shine the light of truth on the hypocrisy of the religious leaders.

These religious leaders were more interested in preserving their position and influence than pursuing the truth.

They knew the truth would expose them and threatened their power and influence.

Instead of testing to verify whether or not Jesus was the Messiah, they spent all of their time looking for excuses not to believe in Him and for reasons to kill him.

In contrast, the false messiah will flatter religious and political leaders as he will need their support and validation.  He will promise them increased power and influence if they will support him in a “scratch my back, and I’ll scratch yours” arrangement.   He will appeal to them as an equal, and as a friend, then ultimately as their master.  And like any abuser, he will dispose of them when they are no longer of use to him.


And some of them [the temple guard] would have taken Him; but no man laid hands on Him.


The officers answered, “Never man spake like this man.”


Then answered them the Pharisees, “Are ye also deceived?  Have any of the rulers or of the Pharisees believed on him?  But this people who knoweth not the law are cursed.”


Nicodemus saith unto them, (he that came to Jesus by night, being one of them,)  “Doth our law judge any man, before it hear him, and know what he doeth?”

“Have any of the rulers or of the Pharisees believe on him?” – this is basically saying that “you can’t think for yourself, you have to depend on us religious leaders to think for you and reveal God to you”.  The Bible says that scripture is not of private interpretation (2 Peter 1:20), but the truth is spiritually discerned and available to all of us.

Notice that the one religious leader said “people who knoweth not the law are cursed”.

This was followed up by Nicodemus (the one who actually did bother to try and get to know Jesus) who basically called them out in their hypocrisy.  These religious leaders were themselves breaking the law by passing judgement on Jesus without hearing Him and giving Him a trial – and by doing so they have pronounced a curse on themselves in their hypocrisy.


In the last day, that great day of the feast, Jesus stood and cried, saying, If any man thirst, let him come unto me, and drink.  He that believeth on me, as the scripture hath said, out of his belly shall flow rivers of living water.  (But this spake he of the Spirit, which they that believe on him should receive: for the Holy Ghost was not yet given; because that Jesus was not yet glorified.)


Many of the people therefore, when they heard this saying, said, Of a truth this is the Prophet.  Others said, This is the Christ. But some said, Shall Christ come out of Galilee?  Hath not the scripture said, That Christ cometh of the seed of David, and out of the town of Bethlehem, where David was?  So there was a division among the people because of him.  And some of them would have taken him; but no man laid hands on him.

The difference and division was between two basic groups of people.

There were those who were asking questions to try and get to the truth, to find out if Jesus was the Prophet or the Messiah as prophesied in scripture.

The other group were those looking for excuses not to believe.  They lit on the the “fact” that Jesus was from Galilee.  If they were truly pursuing the truth they would have taken the time to ask if Jesus was a descendant of David or if He had always lived in Galilee, etc…   They didn’t really want to know the truth because they were suppressing the truth in unrighteousness.

We should always pursue truth to its end, not stop when we reach an answer that we want to hear.

Hey if you think it’s great to get a free meal that will only last a few hours until you are hungry again, I’ve got something much better for you.  If you eat of the Bread of Life you will gain eternal life and be resurrected in the last day.
John 6

For I would not, brethren, that ye should be ignorant of this mystery, lest ye should be wise in your own conceits; that blindness in part is happened to Israel, until the fulness of the Gentiles be come in.

They are blind in part, not seeing Jesus in the Tanakh 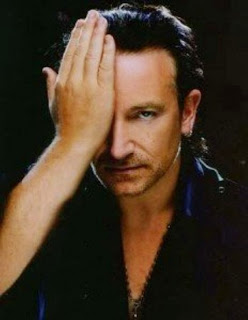 Therefore thus saith the Lord GOD, Behold, I lay in Zion for a foundation a stone, a tried stone, a precious corner stone, a sure foundation: he that believeth shall not make haste.

Jesus saith unto them, Did ye never read in the scriptures, The stone which the builders rejected, the same is become the head of the corner: this is the Lord’s doing, and it is marvellous in our eyes?

This is the stone which was set at nought of you builders, which is become the head of the corner.

And are built upon the foundation of the apostles and prophets, Jesus Christ himself being the chief corner stone;

Ye also, as lively stones, are built up a spiritual house, an holy priesthood, to offer up spiritual sacrifices, acceptable to God by Jesus Christ.  Wherefore also it is contained in the scripture, Behold, I lay in Sion a chief corner stone, elect, precious: and he that believeth on him shall not be confounded. Unto you therefore which believe he is precious: but unto them which be disobedient, the stone which the builders disallowed, the same is made the head of the corner,

… her ways are moveable, that thou canst not know them

For the pastors are become brutish, and have not sought the LORD: therefore they shall not prosper, and all their flocks shall be scattered. – Jeremiah 10:21

And the LORD God said unto the serpent, Because thou hast done this, thou art cursed above all cattle, and above every beast of the field; upon thy belly shalt thou go, and dust shalt thou eat all the days of thy life: And I will put enmity between thee and the woman, and between thy seed and her seed; it shall bruise thy head, and thou shalt bruise his heel. Genesis 3:14-15

And it came to pass, when men began to multiply on the face of the earth, and daughters were born unto them, That the sons of God saw the daughters of men that they were fair; and they took them wives of all which they chose.  And the LORD said, My spirit shall not always strive with man, for that he also is flesh: yet his days shall be an hundred and twenty years.  There were giants in the earth in those days; and also after that, when the sons of God came in unto the daughters of men, and they bare children to them, the same became mighty men which were of old, men of renown.  And GOD saw that the wickedness of man was great in the earth, and that every imagination of the thoughts of his heart was only evil continually. Genesis 6:1-5

The earth also was corrupt before God, and the earth was filled with violence. And God looked upon the earth, and, behold, it was corrupt; for all flesh had corrupted his way upon the earth. Genesis 6:11-12

And whereas thou sawest iron mixed with miry clay, they shall mingle themselves with the seed of men: but they shall not cleave one to another, even as iron is not mixed with clay. – Daniel 2:43

And the angels which kept not their first estate, but left their own habitation, he hath reserved in everlasting chains under darkness unto the judgment of the great day. Even as Sodom and Gomorrha, and the cities about them in like manner, giving themselves over to fornication, and going after strange flesh, are set forth for an example, suffering the vengeance of eternal fire.  Likewise also these filthy dreamers defile the flesh, despise dominion, and speak evil of dignities. Jude 1:6-8