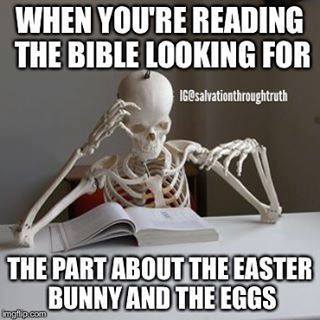 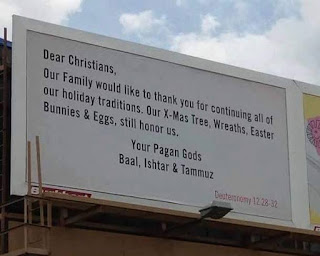 Observe and hear all these words which I command thee, that it may go well with thee, and with thy children after thee for ever, when thou doest that which is good and right in the sight of the Lord thy God.

When the Lord thy God shall cut off the nations from before thee, whither thou goest to possess them, and thou succeedest them, and dwellest in their land; take heed to thyself that thou be not snared by following them, after that they be destroyed from before thee; and that thou enquire not after their gods, saying, How did these nations serve their gods? even so will I do likewise. Thou shalt not do so unto the Lord thy God: for every abomination to the Lord, which he hateth, have they done unto their gods; for even their sons and their daughters they have burnt in the fire to their gods.  What thing soever I command you, observe to do it: thou shalt not add thereto, nor diminish from it – Deuteronomy 12:28-32

Enter not into the path of the wicked, and go not in the way of evil men. Avoid it, pass not by it,
turn from it, and pass away. For they sleep not, except they have done mischief; and their sleep is taken away, unless they cause some to fall. Proverbs 4:14-16

And whosoever shall offend one of these little ones that believe in me, it is better for him that a millstone were hanged about his neck, and he were cast into the sea.  Mark 9:42

Then said he unto the disciples, It is impossible but that offences will come: but woe unto him, through whom they come! 2 It were better for him that a millstone were hanged about his neck, and he cast into the sea, than that he should offend one of these little ones. Luke 17:1-2

“Behold, these caused the children of Israel, through the counsel of Balaam, to commit trespass against the LORD…” (Numbers 31:16).

“But I have a few things against thee, because thou hast there them that hold the doctrine of Balaam, who taught Balac to cast a stumblingblock before the children of Israel, to eat things sacrificed unto idols, and to commit fornication.” (Revelation 2:14).

“Which have forsaken the right way, and are gone astray, following the way of Balaam the son of Bosor, who loved the wages of unrighteousness.” (2nd Peter 2:15).

And the people spake against God, and against Moses, Wherefore have ye brought us up out of Egypt to die in the wilderness? for there is no bread, neither is there any water; and our soul loatheth this light bread.  And the Lord sent fiery serpents among the people, and they bit the people; and much people of Israel died.  Numbers 21:5-6

For in that he died, he died unto sin once: but in that he liveth, he liveth unto God. Romans 6:10
If they shall fall away, to renew them again unto repentance; seeing they crucify to themselves the Son of God afresh, and put him to an open shame. Heb 6:6